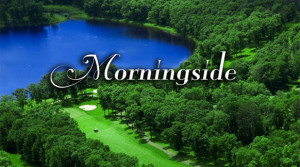 Hollywood is coming to South Carolina. At least that’s what local writers, directors and actors believe.

Production crews made their way through Oconee County, shooting a movie and a TV show pilot this fall.

Parts of movies or shows have been filmed in the Upstate in the past, but now, industry professionals expect to see a lot more, thanks to newly established incentives.

It’s views like a sunset over Lake Keowee that South Carolina natives have always known, but now filmmakers aim to use the beauty of the Carolinas on a national stage.

Morningside, a Hollywood-style TV show pilot project about high society secrets and drama, was shot around the lake in October.

“Obviously this is my home. I love South Carolina, but you have a different view which is going to be really appealing to a network. There’s only so much you can do with a green screen and Malibu Beach,” said Stegall.

Kelley said more than getting home to South Carolina, she decided to film in the Upstate this year after the state Legislature created a tax incentive package to draw in production crews.

She knows that if she hires a mostly South Carolinian cast and crew, she gets big time money back on the millions her production company, Orion Star, plans to sink into the state’s economy.

George Corell is co-owner of Millie Lewis Model and Talent Agency in Greenville. He’s seen the industry ramping up in this region and said it’s finally time that South Carolina compete with its neighbors, Georgia and North Carolina.

Morningside is one of the first to tailor its production to the incentive deal’s requirements. They hired actress Lindley Mayer. The show will even highlight Mayer’s real life charity, which benefits Greenville’s Children’s Hospital.

Others, like independent film Elbow Grease, co-starring legendary Burt Reynolds, wanted to be here in the Upstate for its authenticity.

Co-producer Paul Papadeas grew up in North Carolina and went to film school there with Elbow Grease’s Writer/Director Jason Shirley, who’s from Anderson and now lives in Piedmont.

Shirley says he always planned on shooting the 1990s period-flick about a mid-life crisis in small-town America in Seneca. Shirley is the only South Carolinian onboard. He said the rest of the crew came straight from Hollywood.

Folks in Seneca are stepping up to help. Bruce Lipscomb offered up his car lot as a set.

Papadeas said this will not be the last time he takes his teams away from California. He called the town itself serves as a character in the movie as much as the actors.

“This is a huge country with so many beautiful towns and such great subcultures; why just monopolize Los Angeles? So it’s about time that filmmakers break out and start using and adventuring in other parts of the country. I think it’s a win-win for everyone,” said Papadeas.

He said incentives like the ones enacted in South Carolina are a huge draw because even the big budget projects like to save a buck, or thousands.

Stegall said he’s excited but nervous for what he called “Hollywood East” to arrive in full force.

The Morningside crew said they’ve already had interest from networks to pick up their pilot, and once that happens, they hope to shoot the rest of each million-dollar episode in the Upstate.

Producers of Elbow Grease hope to get their finished film out to independent festivals within the next year.

Both productions expect there will be plenty of others following in their tracks throughout South Carolina.

How Changing Your Words Can Change the World