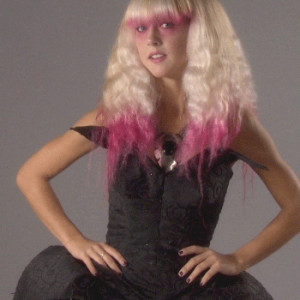 At 24, Greenville native Lindley Mayer has some vivid show-biz memories.

There was her seventh birthday, when Lyle Lovett sang “Happy Birthday” to her on the set of the movie “Bastard Out of Carolina.”

And years later, tap dancing on the pilot episode of the hit TV series “Glee.”

And even more recently, donning a crimped blond wig with pink tips for a small role in “The Hunger Games: Catching Fire.”

Mayer, Miss South Carolina Teen 2005, just returned to the Upstate after spending six years in California, and her next project is a homegrown TV pilot called “Morningside.”

Upstate native Debbie P. Kelley wrote and directed “Morningside,” which was filmed in Greenville and Seneca. Most of the actors and production crew have ties to the Southeast as well.

The premise is “two wealthy, powerful families, really prestigious families that have gone away for decades to New York and California, and sort of done their own things there, and then they come back to this hometown of Morningside,” says Mayer, a bubbly brunette who plays the daughter of a socialite in the pilot.

Debbie Kelley and her husband, film and TV editor Brian Q. Kelley, will pitch the show to TV executives in January, and if it’s picked up by a network, the series will continue to be shot in the Upstate, Mayer says.

The performers and the shooting locations aren’t the only local ties the pilot has; one scene also spotlights L.A.D.Y. Bugs Across America: Lindley’s Alliance for Disabled Youth, the non-profit organization that Mayer founded in 2005.

She was inspired by her two younger siblings to create the charity. Mayer paints “Lucky Ladybug rocks,” and the proceeds go to the Children’s Miracle Network at the Greenville Health System.

Seeing the struggles faced by her brother and sister, now 22 and 18, respectively, gave Mayer the idea that she could make a difference.

“They’re the two most important things in my life,” Mayer says. “My purpose is to not only be a voice for my siblings, but for all Americans living with disabilities.”